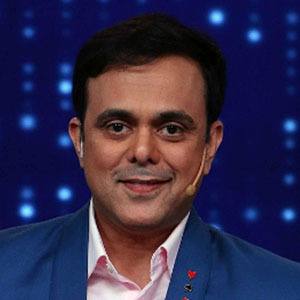 Indian film and television actor who is known for his roles in several different Hindi productions. He is best recognized for having played Shriram Lagoo in the film Ani Dr. Kashinath Ghanekar and Dr. Sahil Sarabhai in the television series Sarabhai vs. Sarabhai Take 2.

He initially started his career as an actor in television in 1983 when he starred on Faster Fene. He then started working as a voice over actor in 1995 starting with Aladdin. His feature film debut came in 2008 when he starred as Dr. Nikhil in U Me Aur Hum.

He is also known for his voice over work and voiced the Hindi translations of Tom Riddle in Harry Potter and the Chamber of Secrets and Detective Marcus Burnett in Bad Boys II.

He was born and raised in Mumbai, Maharashtra, India and married Chinmayee in 1996.

He starred alongside Akshay Kumar and Sonakshi Sinha in the 2014 feature film Holiday.

Sumeet Raghvan Is A Member Of