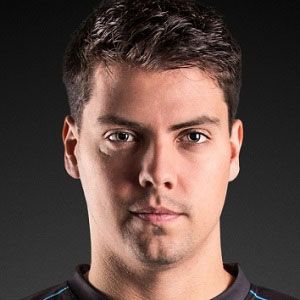 Former Mid Laner for the professional gaming team Fnatic who was one of the group's founding members for their League of Legends team. He then started building a new team called Origen.

He was studying computer engineering before becoming a professional gamer. He was part of the very first season of the professional League and was a season 1 champion.

He was voted the MVP of IEM Season VII - Global Challenge Katowice.

He was born Enrique Cedeño Martínez and is from Murcia, Spain.

He and Bora Kim both gamed competitively for the Fnatic team.

xPeke Is A Member Of