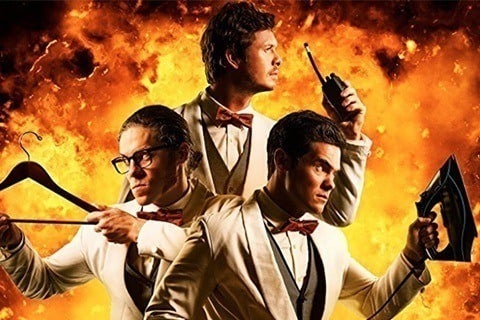 A group of friends with a deal in place to have their video game financed must rescue their benefactor who is taken by terrorists.

The trio of stars originally broke out on the Comedy Central series Workaholics. Seth Rogen, Evan Goldberg and Scott Rudin are some of the film's producers.