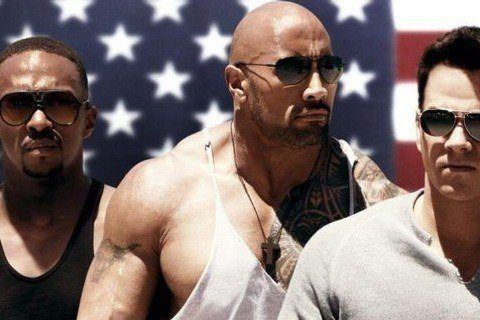 Michael Bay crime comedy about bodybuilders who get caught in the middle of an extortion ring and kidnapping scheme. Dwayne Johnson and Rob Corddry later worked together on the HBO series Ballers.

The film is based on a 1999 series of Miami New Times articles from a story from Pete Collins. Collins wrote the book Pain & Gain: This Is a True Story.