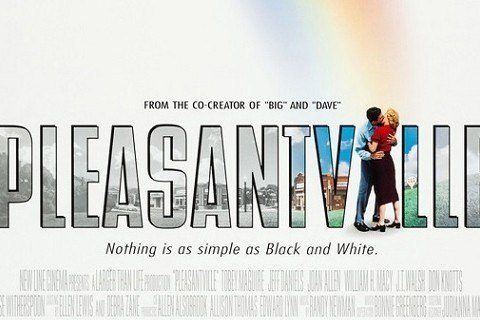 Two siblings get thrown into their favorite 1950s sitcom, but they bring some color into the drab black and white world. The film was nominated for three Academy Awards.

The movie is Gary Ross' film directorial debut. The entire movie was filmed in color and then was desaturated and contrast adjusted digitally.