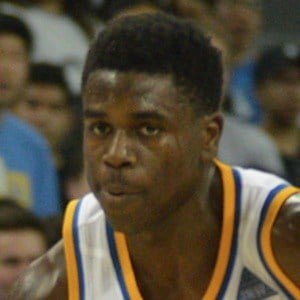 Point guard who was drafted in the first round of the 2018 NBA Draft by the Indiana Pacers. He first made a name for himself playing college basketball for UCLA.

He was a four-star college recruit while attending high school at Campbell Hall in Los Angeles.

He's the brother-in-law of Lauren Holiday.

Aaron Holiday Is A Member Of