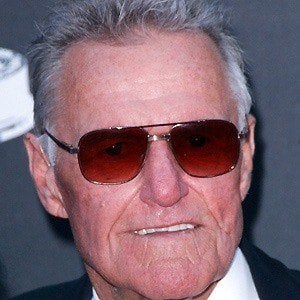 Character actor who played villains or tough military men in Rambo: First Blood Part II, The Silence of the Lambs, and Supervixens. In 2009, he appeared in The Goods: Live Hard, Sell Hard.

He grew up in Kentucky and spent his teenage years playing high school basketball. He went on to attend Western Kentucky College before making his Hollywood debut in 1970.

He acted alongside John Belushi and Dan Aykroyd in the 1980 film, The Blues Brothers.

He had two children with his first wife, Delores Wilson. Following his divorce from Wilson, he married Dee Napier, who remained by his side until his death in 2011.

He appeared in many of director Russ Meyer's films, including Cherry, Harry & Raquel! and Beyond the Valley of the Dolls.

The Silence of the Lambs
Austin Powers: International Man of Mystery
3 Ninjas Knuckle Up
More