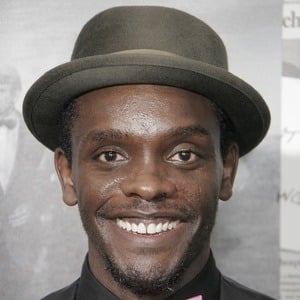 Film, television and stage actor who starred in the FOX series Gotham as Lucius Fox and The Newsroom as Gary Cooper. He played a pivotal role in the first season of Showtime's Homeland and was later featured in the Netflix series When They See Us as Yusef Salaam.

Film credits of his included 12 Years a Slave, Detroit and The Red Sea Diving Resort. He acted in the 2010 Broadway play Fences.

He was born Christopher Eugene Chalk in London, England. He married actress and filmmaker K.D. Chalk.

He and Shea Whigham were cast in the HBO limited series Perry Mason.

Gotham
When They See Us
Homeland
More