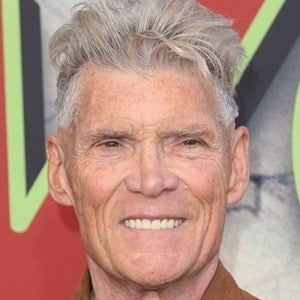 Known best for his collaborations with director David Lynch, this screen actor appeared in the 1984 science fiction movie Dune and went on to portray Ed Hurley in the ABC series Twin Peaks. His other credits include roles in the horror film Silver Bullet and on the popular soap opera Guiding Light.

Early in his career, he appeared in the 1981 movie Quest for Fire.

He played the starring role in the 1988 Monte Hellman feature Iguana.

He was born in Miami Beach, Florida, and he later attended high school in Kansas City, Kansas.

He and Wendy Robie acted together in both the popular 1990s television series Twin Peaks and the 1991 horror film The People Under the Stairs.

Everett McGill Is A Member Of