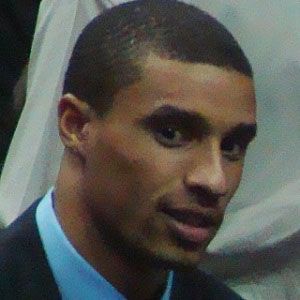 NBA point guard who was a first round pick of the San Antonio Spurs in 2008. He spent three seasons with the Spurs, then went on to play for the Indiana Pacers from 2011 to 2016. In 2017, he signed with the Sacramento Kings, then a mid-season trade sent him to the Cleveland Cavaliers.

He averaged 36.2 points per game in his senior season at Broad Ripple High School, which led the state of Indiana.

In his senior season at IUPUI, he led the Jaguars to a school record 26 wins and was named Summit League Player of the Year in 2008.

His mother's name is Tina Hill Woods. He is an only child. In 2016, he welcomed a son named Zayden with his long-term girlfriend, Samantha.

He was teammates with All-Star forward Paul George in Indiana.

George Hill Is A Member Of