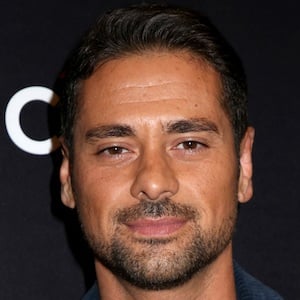 Cuban-American TV actor who is best known for playing Detective Jared Vasquez on Manifest. He also portrayed Julio in Power from 2014 to 2017 and Oscar in Jessica Jones in 2017.

His first on screen role was as Diego in Tyler Perry's House of Payne in 2008.

He apologized to his mom before screening the 2015 film Drunk Wedding because of its perverse nature.

He shared an Instagram picture with entrepreneur Stafford Schlitt and actor Sinqua Walls in September of 2021.

J.R. Ramírez Is A Member Of