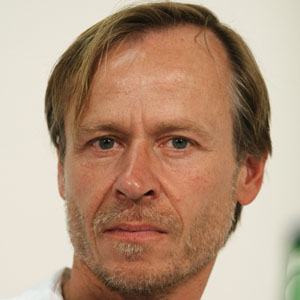 Czech actor who played roles in Hellboy and The Bourne Supremacy and did voice work for the video game Grand Theft Auto IV.

He graduated from the Comprehensive Art Secondary School for Ceramics and later attended the Academy of Performing Arts in Prague. He won an Alfred Radok Award in 1998 for playing Bruno in Le Cocu Magnifique.

He has received a number of awards, including a Czech Lion Award for Best Actor.

His father and grandfather were also actors.

He played a role opposite Robert De Niro in the 2001 film 15 Minutes.