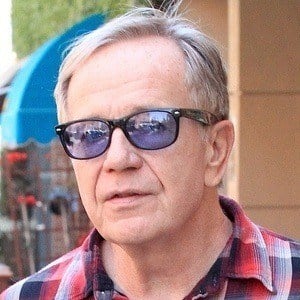 Well known for his role as Mr. Gorpley on the ABC series Perfect Strangers, he is also notable for playing physician Jack Kayson on ER, Bernard Nadler on Lost and attorney Holland Manners on Angel. Additionally, he played the principal in the 1994 film Forrest Gump.

After studying at the University of North Dakota, he became an instructor at California's Antelope Valley College.

He appeared in an eighth season episode of NCIS.

He is a native of Wahpeton, North Dakota. He and his wife Barbara became parents to twins.

He and Kett Turton both guest-starred in episodes of the fifth season of The X-Files.