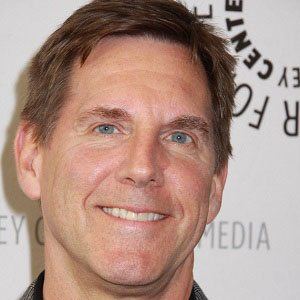 He has made notable appearances on the acclaimed series Will & Grace and Monk. He has been featured in films like Employee of the Month, Knocked Up, and The Mask.

He was a member of the singing group The Young Americans and trained as a comedian with The Groundlings.

He had a recurring role on Showtime's Web Therapy.

He is one of five children and his siblings names are Anne, Patrick, Kit, and Dan.

He played the role of a TV reporter in Roland Emmerich's disaster film The Day After Tomorrow and appeared in a scene that Emmerich described as one of the most dangerous he has ever directed.

The Mask
Employee of the Month
Otherhood