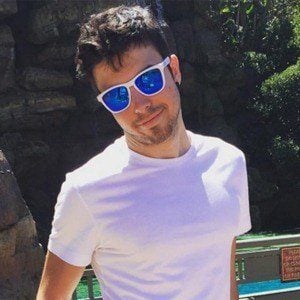 Spanish-American YouTuber and Machinima partner who posts video game content featuring a variety of games, but perhaps most notably, Minecraft and Call of Duty. In late 2018, he became a majority owner of the video game team MAD Lions alongside fellow gamer Vegetta777. In October 2020, he began appearing on the reality talent show Top Gamers Academy as a mentor.

He has earned more than 15 million subscribers on his first channel, but is better known for his second channel, TheWillyrex, where he has over 17 million subscribers. He co-authored the popular book saga Wigetta with fellow popular gamer Vegetta777.

His full name is Guillermo Díaz Ibáñez. He lived in Los Angeles California for a period but he's originally from Madrid. He has a younger sister. In August 2019, he got engaged to Cristiurbi Rodríguez. They welcomed their daughter Maria on January 12, 2021.

The other two mentors alongside him on Top Gamers Academy's first season are Rubius and TheGrefg.

Willyrex Is A Member Of