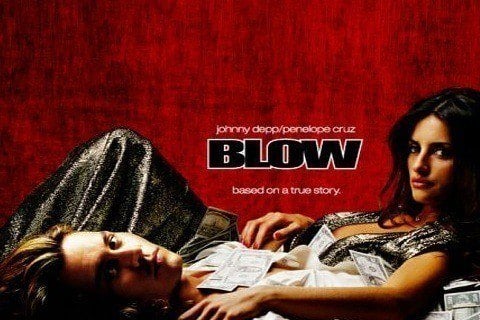 Based on a true story, the film follows George Jung, Pablo Escobar, and Diego Delgado who work together to bring cocaine to the American market in the 1970s.

The film is adapted from Bruce Porter's book titled, Blow: How a Small Town Boy Made $100 Million with the Medellín Cocaine Cartel and Lost It All. The film's title is based off the slang term used for cocaine.