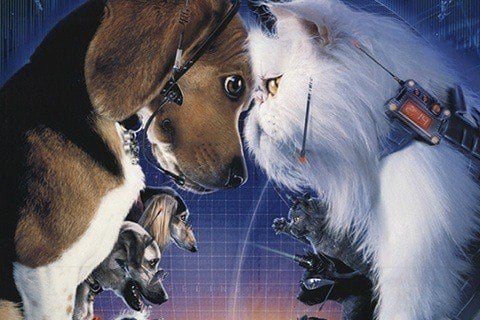 An intense rivalry between cats and dogs in the form of a top-secret, high-tech espionage war goes unnoticed by humans.

The film earned a Young Artist Award nomination for Best Feature Film (Comedy) as well as one for actor Alexander Pollock. It spawned a sequel called Cats & Dogs: The Revenge of Kitty Galore.