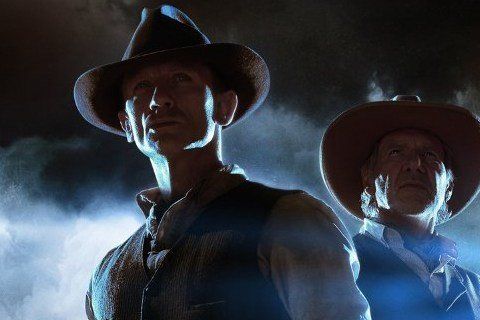 The film takes place in Arizona in 1873 when aliens come to take over the world and the only people to stop them are the natives and cowboys who reside there. The film is based on the graphic novel of the same name.

A mugshot can be seen with a picture of director Jon Favreau's face in the sheriff's office. The film was mainly shot in New Mexico, USA.