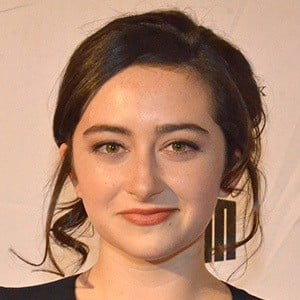 Actress who is known for her roles in both feature films and in television. She is best recognized for having starred in the 2018 feature Bumblebee as well as Good Girls Get High in 2018 as well.

She earned her Bachelor's degree from Carnegie Mellon University in Pittsburgh before moving to Los Angeles to pursue her career as an actress. She made her acting debut on an episode of Law & Order: Special Victims Unit in 2012.

She is also known for being a singer and for writing her own music. She recorded an album at Bear Creek Studio in Woodinville, Washington.

She was born and raised in Bloomfield, Michigan.

She worked alongside director Greta Gerwig and co-stars Saoirse Ronan and Timothée Chalamet on the 2019 feature film Little Women.

Abby Quinn Is A Member Of