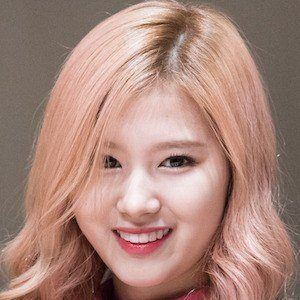 One of nine girls featured in the K-pop group Twice, which has released a mini-album called The Story Begins. The group was formed through the reality series Sixteen.

She became interested in K-pop because of popular groups such as Girls' Generation and KARA. She was scouted by JYP Entertainment in April of 2013.

She has been featured in music videos by Got7 and Junho.

She was born in Osaka, Japan.

She is joined by Nayeon in the band Twice.

Minatozaki Sana Is A Member Of