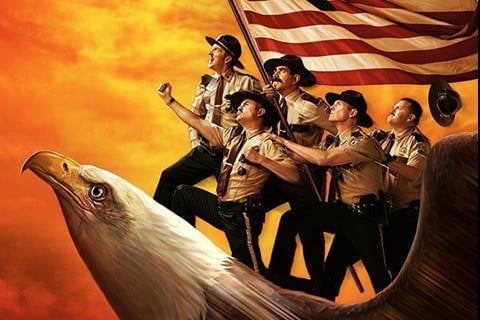 Written by and starring the Broken Lizard team, the sequel to 2002's Super Troopers sees the Vermont state troopers tasked with establishing a Highway Patrol station in a disputed area on the border between the US and Canada.

The film was financed through crowdfunding, bringing in a total of $4.7 million.