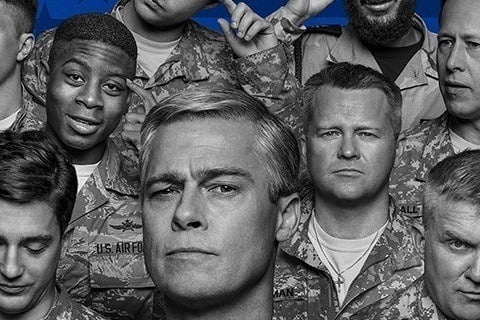 Netflix film that features Brad Pitt portraying Glen McMahon, a general who tries to win the war and rebuild Afghanistan. Pitt's character is based off of real life U.S. Army general Stanley A. McChrystal.

The film gained inspiration from the 2012 Michael Hastings book The Operators: The Wild and Terrifying Inside Story of America's War in Afghanistan, which details McChrystal's involvement in the war.