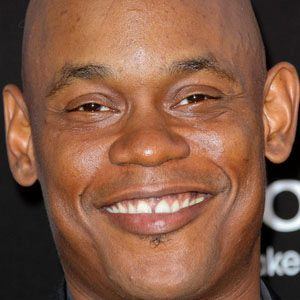 Actor and musician who starred as Moss in the 2013 film Riddick and also appeared in the films Almost Heroes and The Rock. In 2009, he played roles in Black Dynamite, A Day in the Life, The Butcher, and the short film Three Bullets. He was later cast as Mike Milligan in the FX series Fargo.

He studied instrumental music and was the lead singer of the band Mazard.

He has appeared in several music videos, including those for TLC's hit "Waterfalls," RZA's "Chi Kung," and Busta Rhymes's "Light Yo Ass On Fire."

He was born in Harlem, to a mother who was an actress. He married Mahiely Woodbine.

He appeared in the 2004 biopic Ray, starring Jamie Foxx.