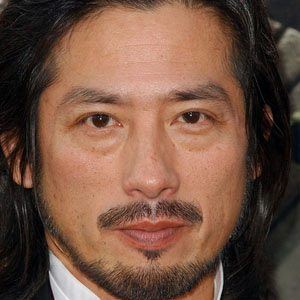 Tokyo-born actor who played a variety of samurai characters in Japanese productions and played Dogen on several episodes of Lost. He also stars in Rush Hour 3 and he voices Sumo Villain in the 2015 film Minions.

At age eleven he began training with martial arts star and his mentor Sonny Chiba.

He had a small voice part on an episode of the What's New, Scooby-Doo cartoon series.

He appeared in The Last Samurai with Ken Watanabe and Tom Cruise.