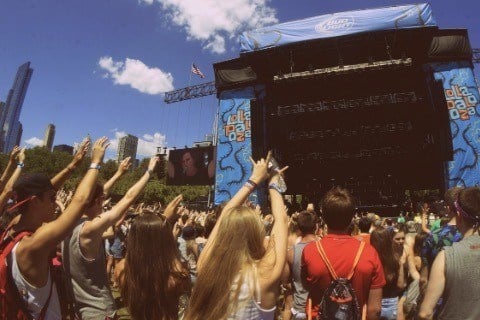 Music festival that is held in several locations around the globe, but is best known for its flagship event in Grant Park, Chicago in late summer. The main festival is attended by about 400,000 people each year.

Jane's Addiction singer Perry Farrell is the founder of the festival, initially launching it as a platform for his band's 1991 farewell tour. The festival went on a hiatus after 1997, before being brought back in 2003.