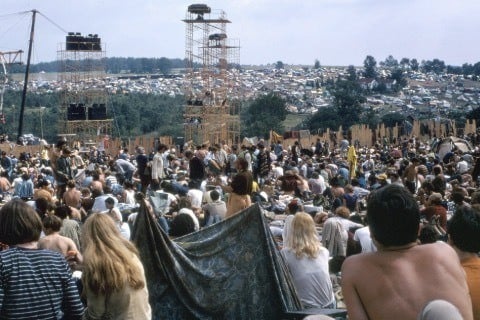 A massive counter-culture music festival hit that was the center point of hippie culture and originally billed as "3 Days of Peace & Music." The original festival was held from August 15 to 18 in 1969 and was followed up with the 10-year anniversary concert Woodstock '79.