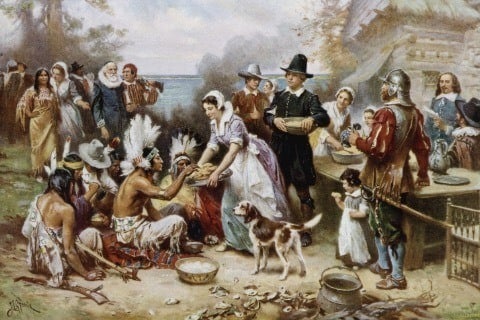 Originated in the U.S. by the Pilgrims and Puritans who came over to America from England in the early 1600s. The holiday is known for uniting friends and families over a dinner that typically features a turkey as the main course.

Countries other than the U.S. have similar celebrations with different names. Canada celebrates the holiday under the same name, but on the 2nd Monday in October.