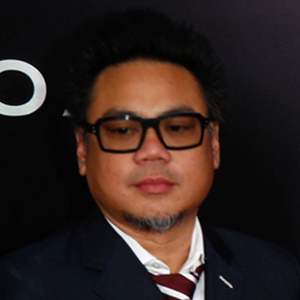 Academy Award-nominated cinematographer on the 2010 film Black Swan who is well known for collaborating with Black Swan director Darren Aronofsky on each of Aronofsky's films between 1998 and 2017 with the exception of 2008's The Wrestler. He worked as director of photography on the blockbuster films Iron Man and Iron Man 2.

He attended Cal State Fullerton where he studied sociology and communications. He then earned his Master's in cinematography at AFI Conservatory.

He has directed a large number of music videos by artists including but not limited to Tracy Chapman, Erykah Badu, Brian McKnight, Jay-Z, The Cranberries, Barenaked Ladies, Rihanna, Justin Timberlake, Incubus and The Cure.

He was born in Elmhurst, Queens, New York City to parents Justiniano Libatique and Georgina Porter. He is of Filipino descent.

He was the cinematographer on the Academy Award-nominated biographical film Straight Outta Compton, directed by F. Gary Gray.

Matthew Libatique Is A Member Of