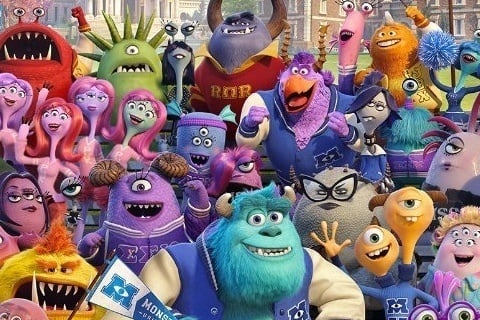 Prequel to 2001's Monsters, Inc. looking at the early days in the development of the relationship between Mike and Sulley while attending university.

The film marked the 7th collaboration between composer Randy Newman and Pixar. Axwell and Sebastian Ingrosso wrote and performed a song for the soundtrack called "Roar."