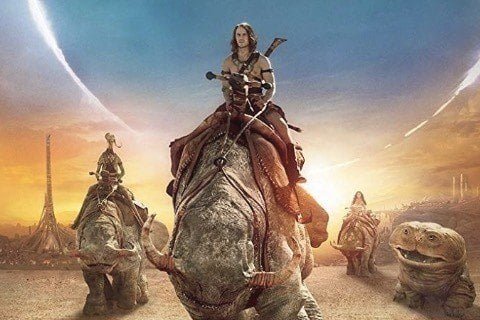 A Civil War veteran is transported to Barsoom and discovers a barren planet seemingly inhabited by 12-foot tall barbarians. The Disney film is directed by Andrew Stanton and is based on Edgar Rice Burroughs novel A Princess of Mars.

The movie was an enormous flop. It grossed $284 million at the worldwide box office, and resulted in a $200 million writedown for Disney.