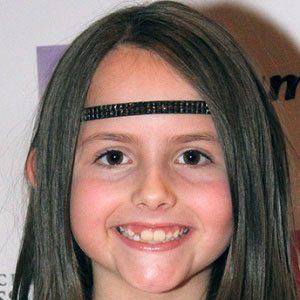 Became known for providing her voice to the role of Erik in Happy Feet Two, she has also voiced characters in notable animated films such as Frozen, Despicable Me 2, Monsters University, Wreck-It Ralph, and Penguins of Madagascar. She also played the role of Young Rebecca in Crazy Ex-Girlfriend.

She was just four or five years old when she first did any sort of professional acting. In 2010, she was a guest-star in episodes of The Sarah Silverman Program, Criminal Minds, Weeds, and Pretend Time.

Between 2011 and 2014, she provided her voice for various roles on Adventure Time.

She is the younger sister of actress Isabella Acres.

She played the young version of Shailene Woodley's character Kat in the film White Bird in a Blizzard.

Ava Acres Is A Member Of