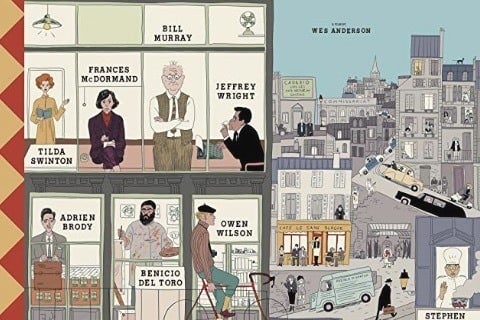 Wes Anderson film which tells a collection of tales that are published in an eponymous newspaper called The French Dispatch. It is inspired by Anderson's love of The New Yorker. Originally scheduled for a July 2020 release, the film's release was pushed back indefinitely due to the COVID-19 pandemic.

The full name of the movie is The French Dispatch of the Liberty, Kansas Evening Sun. Anderson wrote the screenplay from a story by him, Roman Coppola, Jason Schwartzman and Hugo Guinness.