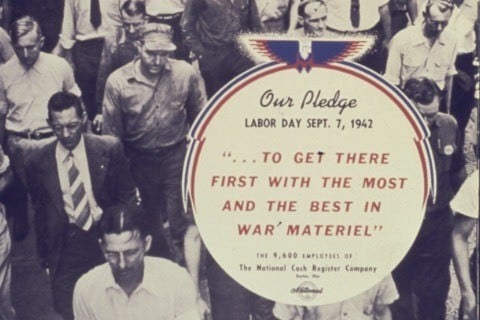 A federal holiday in the U.S. that honors the working man and woman. It began in the late 19th century through trade unions and labor movements.

A romantic drama film called Labor Day starring Kate Winslet and Josh Brolin was released in 2013 and focuses on a couple that meets over Labor Day weekend.