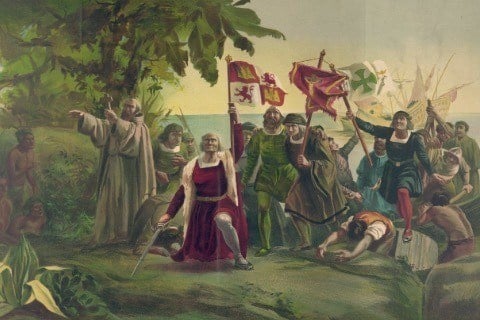 Holiday that commemorates Italian explorer Christopher Columbus's arrival in the Americas, which occurred on October 12, 1492. It is celebrated in numerous countries throughout North and South America as well as in Italy and Spain.

Columbus took three ships across the Atlantic Ocean in 1492, the Santa María, the Niña, and the Pinta. The journey took about three months. A film about the voyage called Christopher Columbus: The Discovery was released in 1992, with Georges Corraface starring as Columbus.