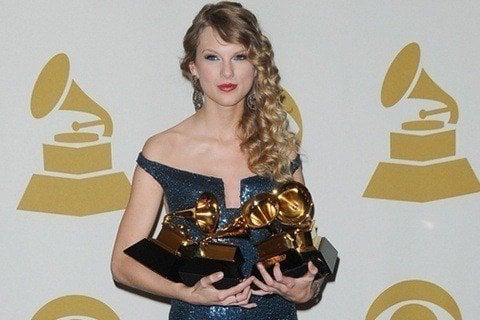 52nd annual ceremony celebrating achievements in music. Beyonce Knowles won the most awards on the evening and Neil Young was honored as the 2010 MusiCares Person of the Year.

Taylor Swift won the Grammy Award for Album of the Year, becoming the youngest to do so. The Kings of Leon song "Use Somebody" won Record of the Year while Zac Brown Band won Best New Artist.